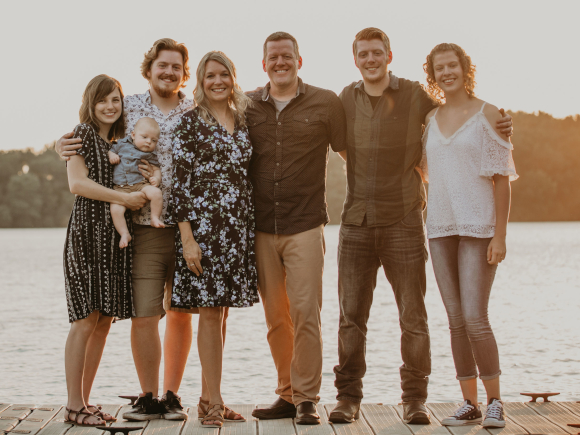 God has proven most faithful and persistant (this is the testimony that has emerged in and through Bill's life).

Bill was blessed to meet Kris (his high school sweetheart and native Highland resident) and they later married in the Spring of 1994. Desiring to raise their children in Highland, the young family moved back into the community in 1999 and have three children (Nathan, Jon, and Olivia).

After a profound encounter with the Living Word, God began to kindle in Bill a gift for passionately communicating Biblical truth to all who would hear (or perhaps all who care to engage in the conversation). His life has since been consumed by the modern Scriptural narrative in which we are all caught up, and has found himself drawn into the Family.

Bill loves being a husband and father, is an avid reader and movie buff, always roots for the underdog, and enjoys bicycling, motorcycling and parenthetical communication (it's true 'cause Truth can be found there). He holds a degree in Pastoral Ministry from Greenville College.